To achieve its claimed objectives, the product includes certain compounds, primarily long-chain polyunsaturated fatty acids (EPA and DHA). DHA, short for docosahexaenoic acid, is involved in normal brain function. Despite some controversy regarding their attributes, these omega-3s could have a protective effect on cognitive function as part of preventing later deficits.

The supplement also contains ginkgo biloba, which may have modest benefits in preventing dementia and in alleviating existing symptoms in dementia patients, although the results of studies are not entirely clear.

Also included in the product composition is fermented soybean extract (natto), a source of nattokinase, which is traditionally consumed in Japan. Nattokinase could have an anti-thrombotic effect and contribute to the prevention of associated health problems (e.g. stroke, myocardial infarction). It is also being studied in the context of Alzheimer’s disease. However, the available data do not yet allow these properties to be confirmed.

It is also worth mentioning the presence of phosphatidylserine, which has documented positive effects on cognitive function (improved memory, among other things), although clinical studies are not sufficient to guarantee this and the results also vary according to the origin (plant or animal) of the compound.

Finally, lycopene and vitamin E are also present along with their recognised antioxidant properties, as well as vitamins and vitamins B1 and B6, both of which are involved in promoting normal nerve function.

Monde Selection’s experts particularly appreciated the following aspects about this product, which are outlined below:

– An original and relevant composition in relation to the targeted health objective
– A fairly sober and clear communication on the packaging that allows a good understanding and an adequate use of the supplement
– The presence of significant quantities of key ingredients such as ginkgo biloba and nattokinase as well as a good coverage of the reference intakes for the added vitamins.

For all these reasons, Monde Selection’s experts decided to nominate this product as one of the likely candidates to win the Jury Award in its category.

"Each year, one product per category is awarded the Prize of the Jury as a token of excellence in know-how and quality. In order to qualify, the product must be unanimously selected as a “coup de cœur” by the jury members. The winner of the Prize of the Jury is then selected from a group of just 5 nominees, which makes this award an even greater honour for the recipient." 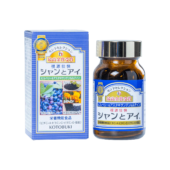 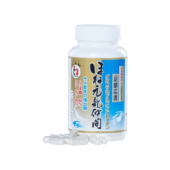 For the assessments of Diet & Health Products, Monde Selection relies on the expertise of independent experts with a strong experience in the field, who grant the Bronze, Silver, Gold or Grand Gold awards at the end of the evaluation process.