Its origin dates back to the Thirty Years’ War, when the Swedish king Gustav II Adolphus took hold of the city. The story has it that the city had run out of beer, so a lame soldier (schlappe seppel) who was a brewer by trade was asked to produce a beer on this occasion. This is how the Schlappeseppel brewery came to be, offering a diverse range of products that is conferred many awards even to this day.

Among the many qualities particularly appreciated by the tasters, we first note the quality of the container, namely an elegant brown bottle.

In terms of the visual appearance of the beer itself, it presents a beautiful dark brown color and is topped by a very fine foam.

The very complex nose expresses beautiful roasted notes of malt combined with nuances of smoke, but is also complemented by certain fruity touches tending towards apricot and dates as well as a scent that is reminiscent of tobacco.

In the mouth, the jury members were initially struck by the manifestation of a very moderate bitterness that nevertheless extends into a range of sensations such as smokiness along with the taste of cocoa and spices, all of which participate in the creation of a rather intense body.

This intensity extends smoothly into a finish characterised by a rather remarkable length.

Thus, in addition to the Monde Selection Grand Gold Quality Award mentioned above, all of these qualities led the members of the Monde Selection jury to nominate the Edel-Doppelbock from the Schlappeseppel brewery as the winner among the products eligible for the 2022 Jury Prize in the Beers, Waters and Soft Drinks category. 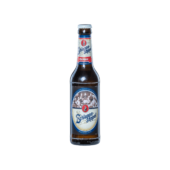 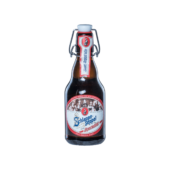 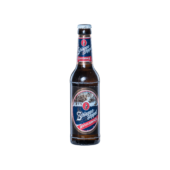 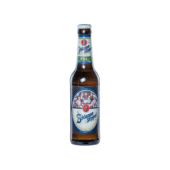